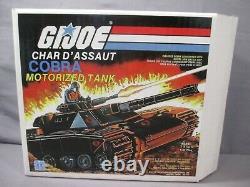 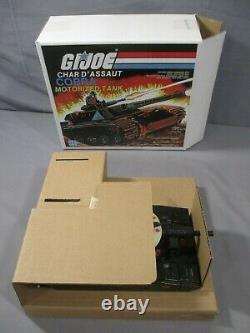 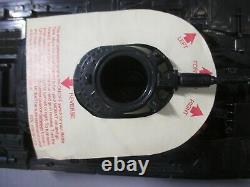 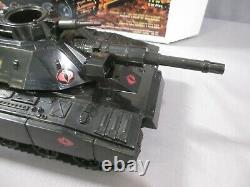 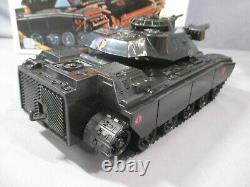 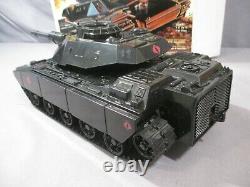 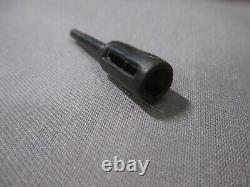 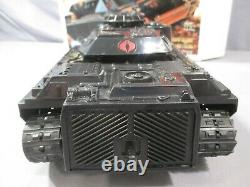 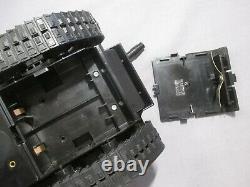 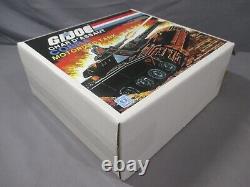 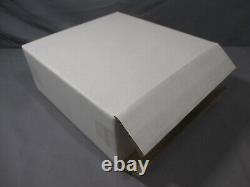 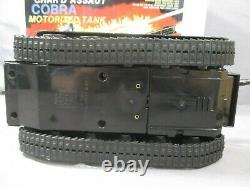 The tank is an original, authentic Hasbro product but the box, insert and small gun tip are well made reproductions. The driver is not included. This is a very rare version of this!

I found some information on this as stated below. More about it can be found on the yojoe website. The Cobra Motorized Tank was released in late 1984 as a. It was only released in Canada and only available through. The tank was made from the same mold as the. Note: This is coming from a smoke free environment. Still works as I just tested it when I took these pictures. Very good condition with light signs of wear. Comes as shown with what you see in the pictures and nothing more. Condition: In my opinion this toy is in C8.5 condition!

The reproduction box is in very good condition as well and displays well as you can see from the pictures. Please zoom in over the pictures so you can see better. I do not grade loose figures C-10. Mint figure that is out of the package, but has no flaws. The figure may have been recently removed from the package.

Nice looking figure that may have some playwear on the usual places (hands, feet, or head). Also might have some dirt or fading/darkening of the figure. Has some playwear, and some noticeable flaws, but still looks like a nice figure. More extensive paint wear on spots, and maybe some overall wear. Because we will not answer it. We rarely send counter offers so if you really want the item we suggest you make your actual best offer and leave it at that.

It is just the initial cost of the first pound that the Post Office charges a lot for. There are no exceptions to this rule so please do not ask.

Please keep in mind that grading is a matter of opinion and not an exact science. As you can see from my feedback the vast majority of buyers are happy with my grading. I strive to be as accurate as possible but I have found you can't please everyone and some people are just plain unreasonable. This means all paperwork, packaging and stickers are considered something separate since they are neither a weapon or accessory. Also, if multiple figures/items were packaged together, I only consider the parts that go to the specific item when judging completeness.

For example any GI Joe vehicle and figure are considered two different items even though they were packaged together. Also, if an item came with a BAF (Build A Figure) part it also would not be considered part of that figure since it is used to build a separate figure. All of the major websites and identification books break down the toys this way and so do I. It is never my intent to "rip" anyone off. But if you don't make me aware of the problem I can't fix it.

I try to answer emails as quickly as possible but sometimes I'm just not around. So I will get back to you as soon as possible and I appreciate your patience.