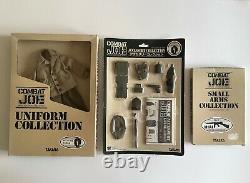 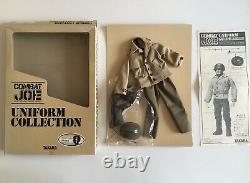 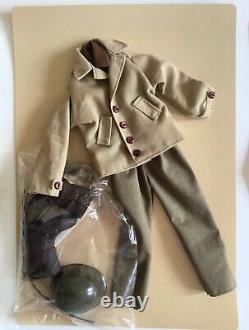 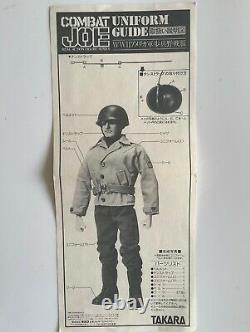 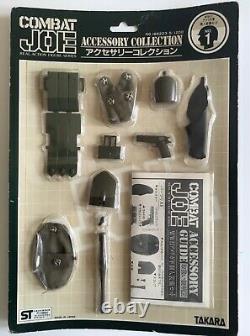 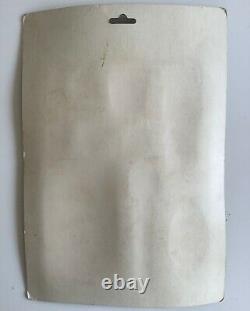 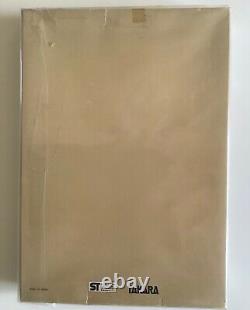 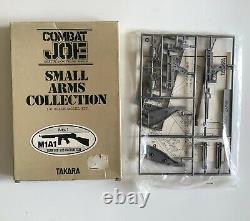 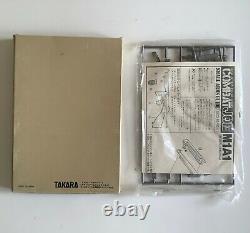 1984, WW2 American Soldier Boxed Uniform and Accessories, as pictured. Takara is a popular Japanese Toy Company, which is still in business today. In the 1970 Takara licensed the popular American GI Joe 12 inch Action Figure from Hasbro, for the Japanese home market. In 1980 Takara produced its last series of 12 inch Combat Joe Figures, again licensed from Hasbro which were aimed at the collector market. The Combat Joe series eventually consisted of 3 boxed figures, along with 7 different Uniform, Accessory, and Small Weapon sets.

The first sets to be released in 1984 were A WW2 American Soldier, A WW2 German Soldier and A Modern US Soldier. These sets were quite'realistically' detailed for their day. The boxes show obvious signs of storage wear creasing marks stains etc as you would expect for items their age which have been stored a for long time.

These figures are quite rare to find in the UK, and this figure would provide a nice addition to anyones action figure collection, offering a variation to the more usual Action Man and GI Joe figures of the same period. I appreciate that collectors have different standards, so I have included plenty of photographs so that you can judge the quality and condition of this item for yourself and decide if this is the one for you. The United Kingdom Left the European Union on 1st January 2021.